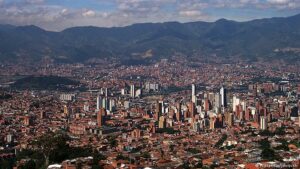 I had the pleasure of attending a workshop with Dr Catarina Ortiz and Gynna Farith Millan Franco from The Bartlett Development Planning Unit at UCL yesterday. The workshop was on Storytelling for Urban Learning; a fascinating approach to potential uses of transmedia storytelling as a device to connect disparate stakeholders and communities funded by Bartlett ECR-GCRF at UCL. Part of a wider project, Activating Learning for Slum-Upgrading: A Co-designed Storytelling Platform for Medellin, I wanted to use a long overdue blog post to reflect on my impressions of the experience, and how it might inform my work at Future Cities Catapult.

My own contribution was to summarise my interest in storytelling by describing the work I had carried out on my PhD, on the auditory imagination and the rehabilitation of sound as a modality, not a nuisance and distraction when telling an oral story, but a primary point of stimulus and evocation.

The group collectively set out to explore the methodological/conceptual propositions around storytelling urban policy, mobility and urban learning. This took place through the lens of various resource types and project types. Sara from UCLG talked about the many rich resources available from local governmental archives; local practices examined and uploaded, such as OIDP which is an International Observatory, where the narrative use of media can be experienced as a means to interact with local government.

Ricardo talked about this work with the Development Planning Unit creation of a platform for recording refugee experiences in Europe, how to convey the vulnerability, the challenge is large and hard, with media blind spots, lethargy and saturation, and yet the compelling human stories continue. Media here can help discriminate between the many ethical challenges facing the viewer, or listener. Ethics as they apply to various media types was central to his interests.

Frances from KCL described her work in Burkina Faso, changing perspectives a theme of her work; from scientific orthodoxy that left no room for indigenous knowledge. She described the use of multiple methodologies to achieve this, which I found fascinating. There was counsel, a pan cultural tool where a circle is formed, views are expressed without interruption, where authentic communication is made, where attentive listening is the norm. Then there is extensive use of oral based narratives and films: these bring to life the lived experiences of people dealing with a changing climate, which she described as being fascinating to the UK Met Office. Then there was debate theatre, based on forum theatre methods, where an actor lives in a community for a day/week/month- participatory audiences, not an extractive research model.

Felipe, a colleague at Future Cities Catapult, gave a presentation that blended his personal practice with professional insight into how client needs for clear insight and communication, across platforms, was fundamentally driven by high quality and precise ingredients, and the skill needed in transmedia to produce something that not only delivered value to clients but fulfilled a requirement on the part of the producers to set standards high. With deep insight to the design process around transmedia, this was an important anchor for any new cross media platform in its early stages.

Karen talked about the Quipu Project, which curated the stories of sterilisation in Peru, the dark times where women had treatment without realising what the consequences were, and with little preparation and minimal post-operative support. The role of the analogue phone line became fundamental in this, a ‘phone documentary’ materialised alongside the website, now with a reach of over 140 countries, sharing this powerful web of human trust. She spoke about the effort needed, the challenge of working with established and inherited contexts.

Liza from UCL spoke about her work in fisheries policy. In an EU Positioning Workshop, collecting the stories of lives at sea, she explored the value of everyday anecdotes of shrinking stocks, wild storms, changing fish weights, the consequences of warming, acidifying oceans written in the testimony. This led to work exploring the storytelling of flooding, moving beyond the headlines of rivers breaking banks and overwhelming sluice gates. She spoke of the risks when Local Authorities try and artificially draw this out and encourage it; she spoke of how this artifice can stifle and stymie the very voices it wishes to learn from, a reminder that organic and naturalistic storytelling is the most powerful of all.

Diana Salazar from UCL spoke of how storytelling played a role in challenging the narrative around extractive mining in Colombia. It helps assess critical perspectives, providing a new means for indigenous peoples to share the knowledge in their communities about the devastation mining has caused in their landscapes. Participatory action research guides the research questions, passing through the ‘lens’ of the researcher and out into the wider world.

As a range across the power of storytelling, it was broad in scope, and international in quality. The platforms had all had incredible reach, into policy development and into academic study. The forms of storytelling were not themselves picked apart and described; short form or long form, oral or web based; there was most concentration on the transformative and cathartic nature of recording and passing on. For the project in hand, dominant narratives of progress and aspiration have come to define the ten year history between 2004-2014, widely held as the period the city of Medellin turned around a reputation for violence and gang activity and replaced it with sanitised images of utopian harmony. But this masks and excludes the benefits of progress being (a) narrowly defined around statement architecture and (b) not well distributed to the lives of those still blighted by poor housing, schooling and transport options.

The real and exciting possibility for this transmedia project is in correcting some of these approved and sanitised narratives, held together around an imagined consensus. It does not clearly show who is included and excluded. Surely good city research has to be inclusive city research; the bold and vibrant mapping of entities and perspectives carried out by Catarina and Gynna were purposefully playful and introduced these power relationships right up front, removing much of the guesswork. For a new attendee, this promises a means of far greater involvement than if this had been sidelined or left out altogether. I look forward to where the project is headed next. 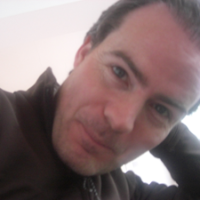 sacculi
View all posts by sacculi

One thought on “City Research Methodologies – some 2019 thoughts”

This site uses Akismet to reduce spam. Learn how your comment data is processed.